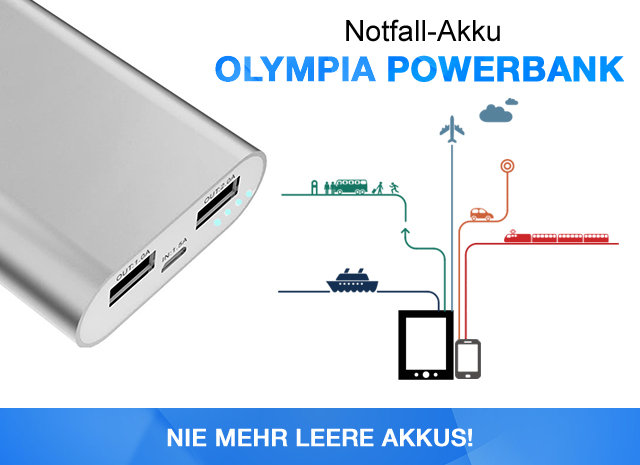 The Emergency Battery Olympia Powerbank is an external battery charger that means you never have to worry about empty batteries in your phone or tablet again.

This emergency battery can be used with all devices. It becomes your indispensable companion - always and everywhere! You can always have this modern external emergency battery with you. Its charging capacity is sufficient to fully charge a mobile phone three times and allows you to charge two devices simultaneously.
Most important functions:
The emergency battery helps you - always & everywhere 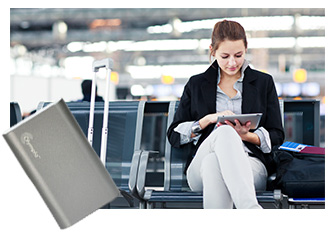 You are on the road with your tablet or mobile phone

Mobile phone and tablet are always with you. All worries that the battery might not keep up are a thing of thepastwith the emergency battery Olympia Powerbank . 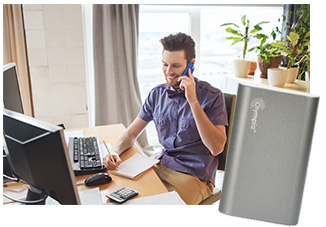 You are in the office or at a friend's house and have forgotten your charger? 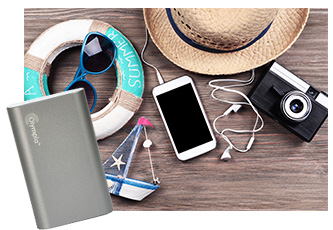 Always available and online during your holiday

If the sockets abroad do not match the charger of your mobile phone or are not sufficiently available, you can conveniently charge your mobile phone and tablet via USB with the emergency battery Olympia Powerbank.

The emergency battery Olympia Powerbank was developed for users who use their mobile phone and tablet intensively. The battery is equipped with two USB ports: a 1.0 A output (for low-power devices such as smartphones) and a 2.0 A duo USB output (for high-power devices such as tablets). A versatile and efficient battery that can power two mobile devices, making it the best companion for frequent travellers.

With the emergency battery Olympia Powerbank , mobile phones and tablets can be charged in a few minutes - instead of a few hours. For smartphones that can be recharged quickly, a 10-minute charge corresponds to a 40-minute conversation. A charge of 1 hour is equivalent to 70% of the total capacity compared to 1 hour, which provides about 15% of the capacity when charging by default. Stay "powered" on the move, everywhere!

Charge up to 50% faster with devices that accept a high power output!

The DC/DC converter ensures that mobile devices are charged evenly and protects against overcharging, which is not guaranteed with low quality batteries.

How does the emergency battery work? 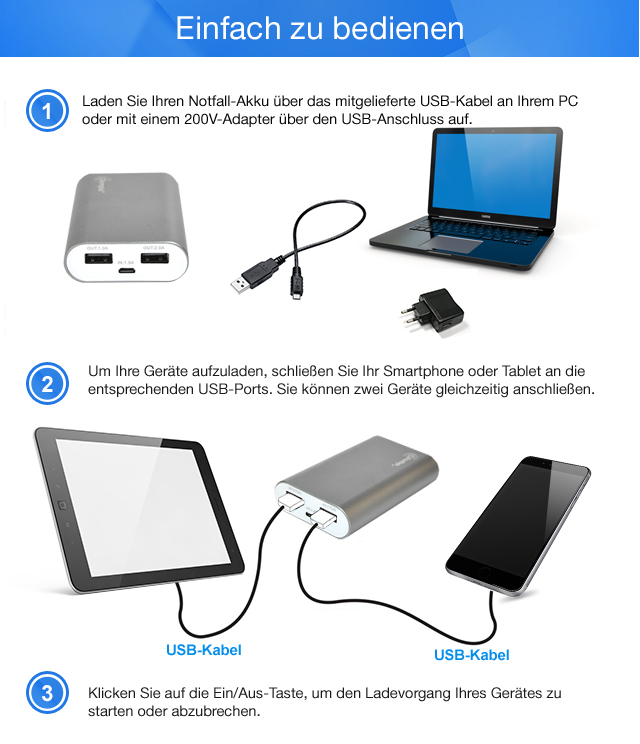 How and when do I get my purchased product?
Digital products, product keys and access to the download center will be made available to you by email immediately after your purchase - unless a data medium has been ordered.
What payment options are available to me?
PayPal, Amazon Pay, Instant bank transfer, Credit card, Apple Pay, Prepayment, Purchase on invoice
What guarantees do I have at Blitzhandel24?
Blitzhandel24 is an EHI, TrustedShops and CHIP certified online brand shop. Blitzhandel24 also offers its customers permanent support, as well as support for the purchased product. If a product has not been used / redeemed, our customers can benefit from the money-back guarantee.
Related links to "Notfall-Akku Olympia Powerbank"
Our concept
Pricing policy more
close menu