Description How do our prices come about? Evaluations 1 TrustedShops reviews
Description
Registry First Aid 11 Platinum Is your computer too slow? Are you unable to work... more
Close menu 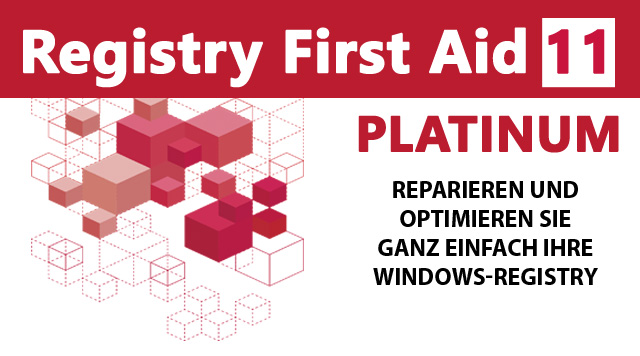 Is your computer too slow? Are you unable to work properly due to computer crashes and unstable system behavior? Do you experience computer problems every day that you don't know where they could come from?

Registry First Aid 11 Platinum is the perfect tool for checking, repairing and optimizing your Windows system and therefore indispensable for every Windows PC -
numerous outstanding test results speak for themselves.

With Registry First Aid 11 Platinum, the user retains control of any software that attempts to anchor itself in the Windows registry. Changes that slow down the computer are thus quickly and easily detected and eliminated. Registry First Aid Platinum also gives the user control over autostart programs.

For backup and control of the system state, different types of backups (complete or individual registry files) can be created at any time - so the original registry state can be restored without losing data or settings. 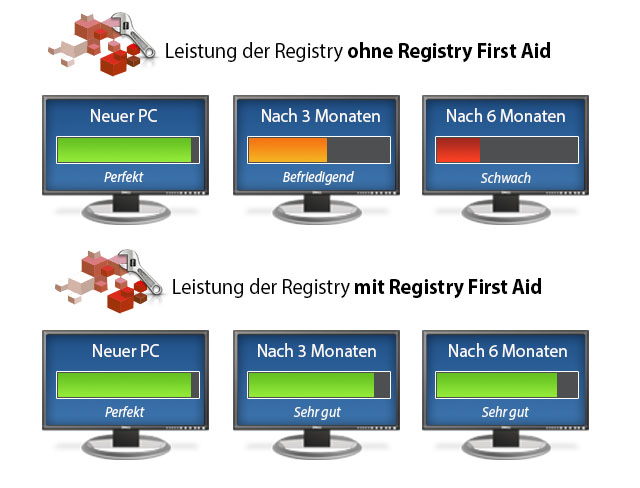 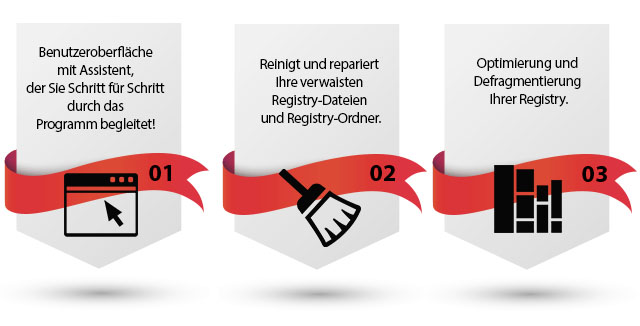 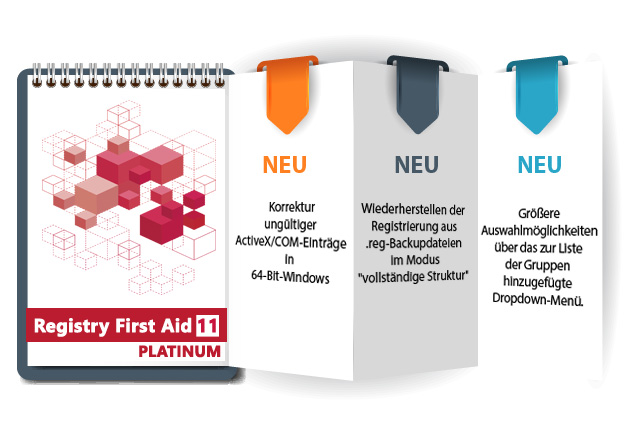 Restoring the registry from .reg backup files: Browsing .reg files now works in Full Structure mode.
Search and correction of invalid ActiveX/COM entries of 32-bit programs running in 64-bit Windows
When the application is not active, a notification is displayed in the taskbar when a long process has been completed.
Thanks to a new plug-in, elements can be added to or removed from the context menu.
A drop-down menu has been added to the list of groups to select specific items in a group, such as a category, security level, etc.

ONLY in the Platinum version

System requirements
How and when do I get my purchased product?
Digital products, product keys and access to the download center will be made available to you by email immediately after your purchase - unless a data medium has been ordered.
What payment options are available to me?
PayPal, Amazon Pay, Instant bank transfer, Credit card, Apple Pay, Prepayment, Purchase on invoice
What guarantees do I have at Blitzhandel24?
Blitzhandel24 is an EHI, TrustedShops and CHIP certified online brand shop. Blitzhandel24 also offers its customers permanent support, as well as support for the purchased product. If a product has not been used / redeemed, our customers can benefit from the money-back guarantee.
Related links to "Avanquest Registry First Aid 11 Platinum"
Our concept
Pricing policy more
close menu